The Glasshouse, NYC
(see on the map)

Deborah Martin is a global strategist and humanitarian. Dividing her time between Europe and the United States, Deborah has made a tremendous impact on the entertainment and sports industry – namely soccer.

Having worked with some of the world’s most renowned recording artists and actors over the past 25 years, Deborah’s expertise helped mold the careers of the likes of Beyoncé and Destiny Child, as well as Britney Spears – even giving the start to Charlize Theron’s career in the US. Deborah’s name can be found on music album credits to movie and television acknowledgments.

In 2010, Deborah expanded her influence into the sports industry, working with Italian football players and clubs. From AC Milan to Real Madrid, as well as the European Football Association (UEFA), Deborah is a boardroom regular. Deborah has also lent her expertise to the world’s governing body of football, FIFA. In 2018, she was a part of the congress that brought the World Cup to the USA for 2026, an important feat for the United States, Canada, and Mexico.

Over the years, Deborah has traveled extensively on humanitarian trips to support global foundations, including the United Nations Fund.  Deborah has made public service announcements and participated in various campaigns with global appeals for clean water and immunization for all. Promoting greater global peace and understanding is a big focus of her philanthropy.

Deborah’s primary focus over the past few years has been Project SAM (Sophie and Mom), a self-funded project created with the goal of encouraging greater empathy and inspiring cultural sensitivity among youth soccer players through education.  Deborah uses her global influence to do good – with the belief that the privilege of a successful career and the broad, global reach she has obtained as a result, must be used to serve others.

Deborah’s most important job of all is being a mother to her 14-year-old daughter, Sophie.  The two live in Los Angeles and Milan. 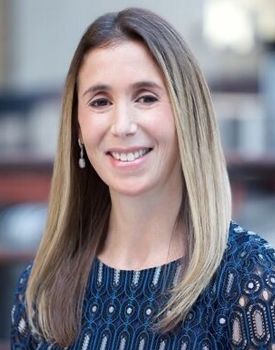 Marcy Nanus provides strategic investor relations and corporate communications counsel to public and private emerging life science companies, with the goal of increasing their shareholder value and corporate visibility. She has advised over 60 biotechnology companies across several different therapeutic categories on how to effectively communicate their clinical development plans, business strategy and financial profile to investors, partners, and boards of directors. Additionally, she has deep relationships with healthcare investors, equity research analysts, and investment bankers on Wall Street.

Marcy currently serves at the Vice President of Corporate Affairs for Strongbridge Biopharma PLC, a global biopharmaceutical company that is focused on the development and commercialization of therapies for rare diseases with significant unmet needs. Previously, she was a Managing Director at Solebury Trout, a boutique investor relations and corporate communications firm. Marcy holds a Bachelor’s in Business Administration (BBA) in finance, consulting, and venture management from Emory University’s Goizueta School of Business, and holds Series 7, 79 and 63 securities licenses. 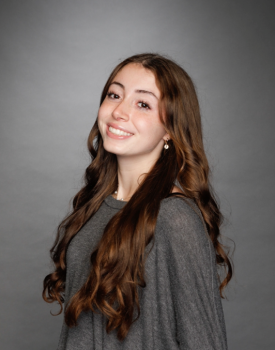 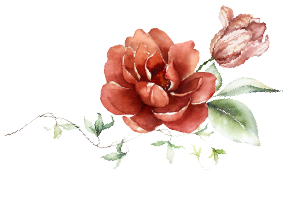 Jordan Dattoma is a 17-year-old high school senior who was first diagnosed with Crohn’s Disease in June 2018.

Unlike many patients with Crohn’s, Jordan didn’t initially experience the more typical symptoms of the disease, such as stomach pains. Instead, she was persistently sick with fever and dealt with iron deficiency as well as alopecia areata. While doctors struggled to diagnose her atypical symptoms, she was sick weekly and missed many days of school. It wasn’t until she began having terrible abdominal pains that she was finally diagnosed with Crohn’s Disease by Dr. Joseph Levy at NYU.

Upon diagnosis, Jordan was immediately admitted to the hospital as her doctor thought she would need surgery soon. Luckily, her body quickly responded to medication, and she was put on a biologic. Jordan felt like herself again for just a few months before she was rushed to the ER with a blockage. Yet another blockage
occurred a few weeks later, prompting the need for surgery.

In January 2019, Jordan had a small bowel reconstruction, in which 18 inches of her intestine was removed by Dr. Feza Remzi at NYU. She was in and out of the ER during her recovery period due to other medical issues such as HSP (a blood vessel disorder) and C. Difficile Colitis. She missed so much of her freshman year in high school, and it was discouraging to feel that she would ever be healthy again.

Jordan has thankfully been in remission since surgery and as of now lives mostly symptom-free. With the support of her family and friends and the help of her amazing doctors, she is hopeful for continued stabilized health and finding a cure. It is for this reason that she is committed to sharing the Crohn’s & Colitis Foundation’s mission to find cures for Crohn’s disease and ulcerative colitis and improve the quality of life of children and adults affected by these digestive diseases. 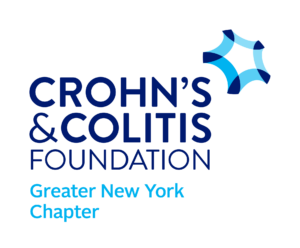 The Crohn’s & Colitis Foundation is a non-profit, volunteer-driven organization dedicated to finding the cures for Crohn’s disease and ulcerative colitis. It was founded in 1967 by Irwin M. and Suzanne Rosenthal, William D. and Shelby Modell, and Henry D. Janowitz, M.D. in New York City. Headquartered in lower Manhattan, the Greater New York Chapter serves all five boroughs.